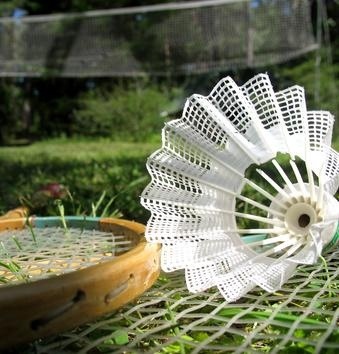 Today’s post is brought to you by The Daily Prompt and the number 1.

What would you have seen if you’d have looked into my back garden today? Badminton. Or at least an approximation of it, although any badminton association would have wiped its hands of us quicker than a dodgy team from South Korea or China.

It had been nearly 5 years since the badminton net had last been set up, yet there Grandy was, bashing poles into the scrubby bit of grass that constitutes our garden in early Spring.

Boo, not a natural sports enthusiast, had bounced out of school yesterday enthusing about her PE class.

‘We did badminton and it was so funny because we all kept missing the shuttlecock.’

Grandy had clearly missed the point of her story – that she and her classmates were not naturals with a racket. Instead he clearly envisaged being the badminton world’s equivalent to the Williams’ sisters dad, although if that’s the case we’ve probably already missed the boat as Boo is all of 6-years-old. Shouldn’t she have been wielding a racket before the was out of nappies? I’m also not sure there’s quite as much money to be had from badminton. I can’t remember Gail Emms advertising watches, credit cards and cameras or changing her name to a brand of candy after winning an Olympic silver in 2004. (Which is a shame, really as M&Emms would have worked a treat.)

Mind you, there’s also potential for cheating, such as at the 2012 Olympics, which sounds right up Boo’s street.

To be fair, she was excited when I told her that Grandy had bought some new shuttlecocks. (Proof that I’m not a proper grown-up being that I still titter at the word ‘shuttlecock’.) She was even more excited when she saw the rudimentary court. This was going to be EXTREMEBADMINTON! Pah to the proper players with their markings and even surfaces. Our court came complete with obstacles such as damn great muddy puddle, various abandoned and deflated footballs, a broken toddler golf club and a mini trampoline. Good luck to anyone attempting to play without at least twisting an ankle on the random debris.

She was over the moon that the rackets came in red and blue. Ever the organiser, she decided that she and Grandy would be the red team, Noodles and I the blue team. Unfortunately, Grandy is 90% deaf and refuses to wear his hearing aids, so he assigned himself to the blue team. I became red and Noodles wouldn’t stand on the other side of the net so it became three on one. Actually, Noodles also refused to hold a racket, so in reality became yet another obstacle. Although, possibly less of a hindrance than a racket-wielding 2-year-old could have been.

Despite Boo eating an Easter crack-a-lot cake that she’d made in cookery club, it was game on. Boo to serve.

We were impressed by Boo’s serving stance. Her school had actually taught her something! It looked promising. 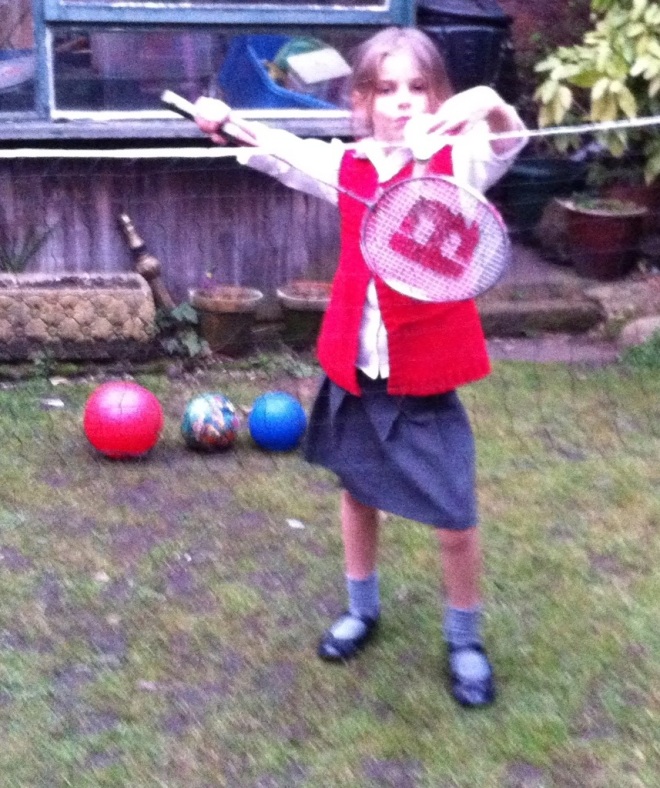 Unfortunately she wasn’t wrong about her inability to hit the shuttlecock. It dropped to the floor as she swung her racket wildly about, narrowly missing a full face blow to Noodles, who continued to pootle about obliviously. Another flailing, failing swing. Then a third. Each time Noodles seemed millimetres from a blow to the head.

It took all of two minutes before the frustration started. A growl, a whinge and a wail.

Which is a red rag to Grandy. He flung his racket to the ground and stormed inside, muttering under his breath as it ricocheted off the trampoline.

Boo followed him, her badminton career over and done with before she’d even connected with the shuttlecock.

Oh well, at least I could get on and hang up the washing.

I peeked through the utility room window to see what was going on. There was Boo, racket in hand again. A racket that had actually connected with the shuttlecock!

And again. And again and again.

She was over the moon. Unfortunately the shuttlecock hadn’t actually made it over the net, but it seemed mean to point that out.

Maybe there’s a chance of badminton success yet then. Ok, we’ve got to work on the net thing (although I suspect ours may not be regulation height anyway, particularly as it’s lop-sided) and then actually returning a shot from another player. But she’s made the first step and not everyone would be able to leave the Extreme Badminton court without the requiring first aid.

So, what would you have seen if you’d have looked into my back garden today? A very happy 6-year-old with a new-found love of badminton. Or at least an approximation of it. 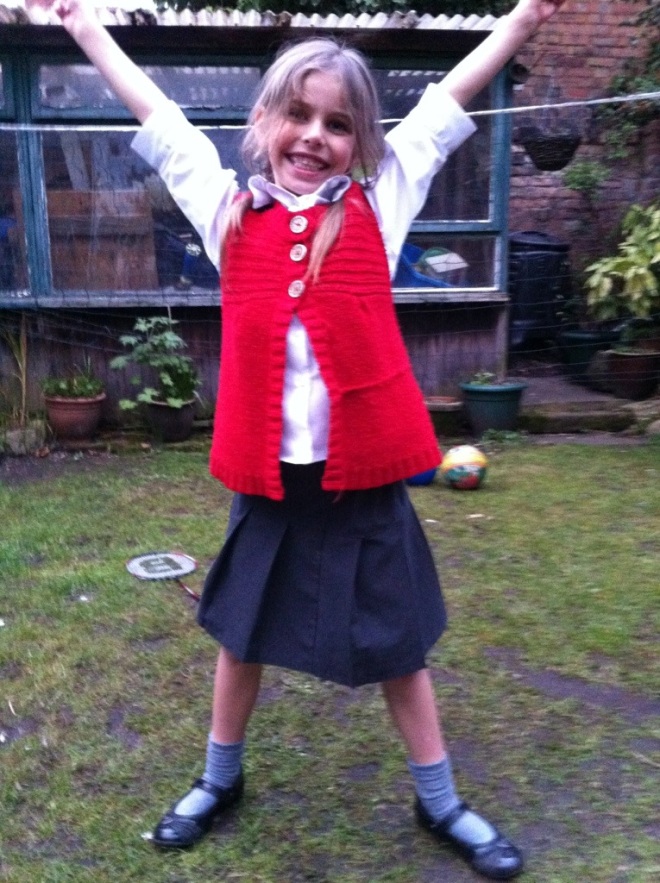 17 thoughts on “Putting the ‘Bad’ into Badminton”